An invaluable portrait of Rabbi Joachim Prinz, a leading figure in the American civil rights movement. As a young rabbi in 1930s Berlin, he endured repeated arrests after openly preaching against the Nazi regime and encouraging Jews to emigrate. Expelled from Germany in 1937, Prinz arrived in the United States where he was dismayed to see racism against African Americans. As rabbi of Temple B’nai Abraham in Newark and as President of the American Jewish Congress, his passionate civil rights activism culminated in his 1963 March on Washington speech. 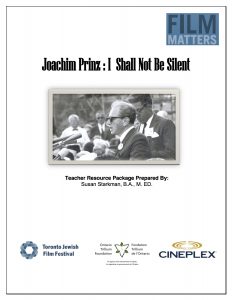 Mendelssohn, the Nazis and Me

Bialik – King of the Jews